5 Brands that Win at Social Media

(In no particular order, other than the last one, which is hands’ down the winner in my humble opinion.)

Live tweeting during the super bowl with an ad to poke fun at a power outage? 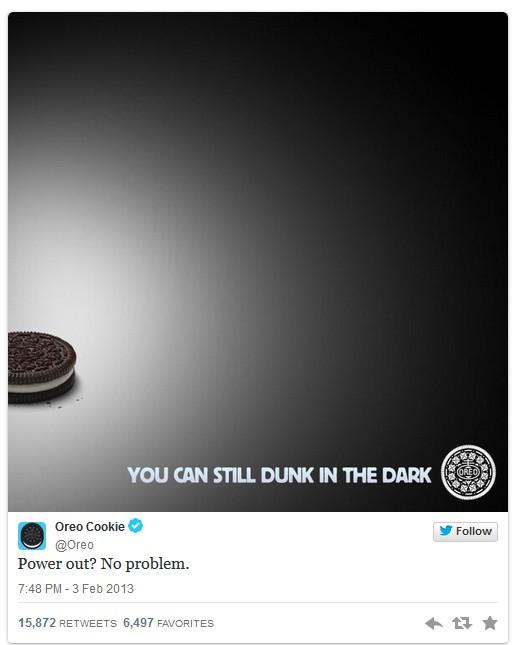 You’d have to have been left in the dark not to see that one coming. (Pun intended.)

Like Laura Ellen, I might be a little chocolate obsessed, but responding to a fan AND engaging one another in fun/creative ways? 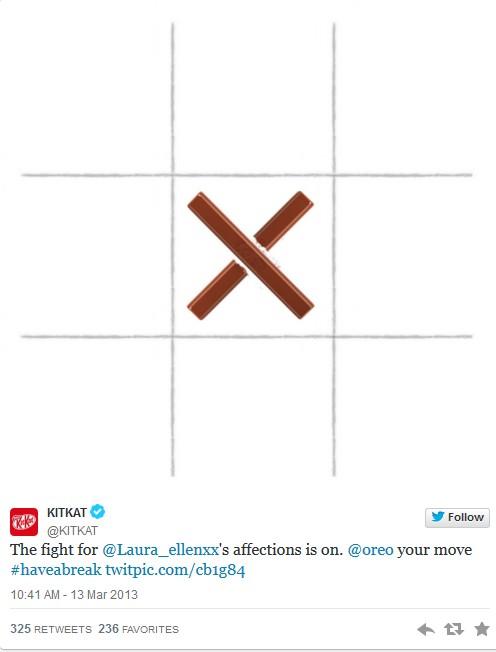 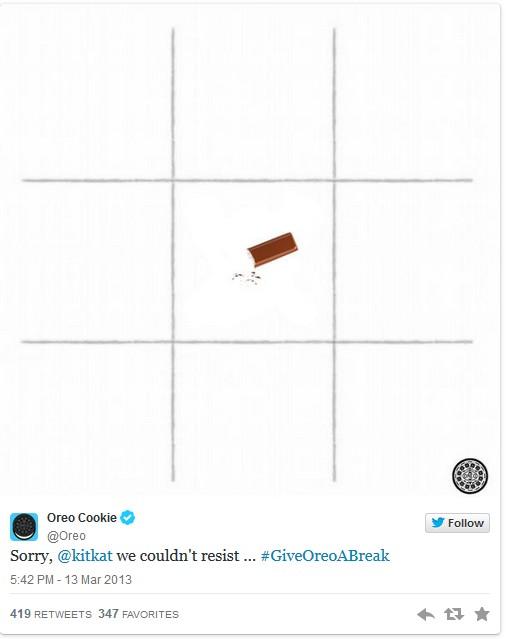 Well played, both of you. 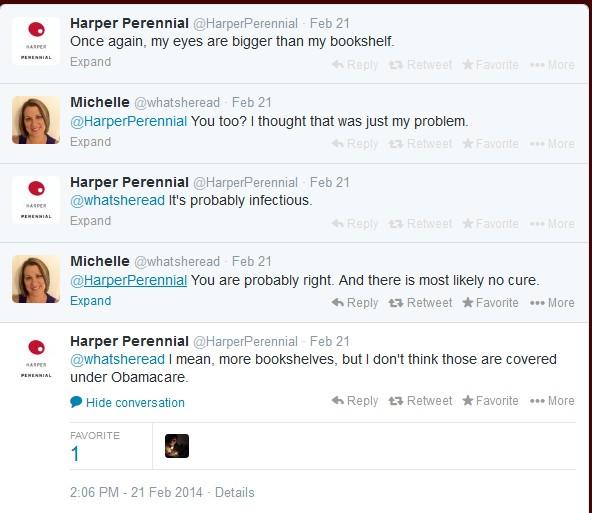 The examples for Taco Bell are endless, and they have probably done something for the win since I wrote this. Taco Bell is quoted as saying as saying back in 2012 that they wanted to approach social media differently and turn everyone from “fans” into “friends” because interactions between friends are different. Looks to me like they’ve got a lot of friends. 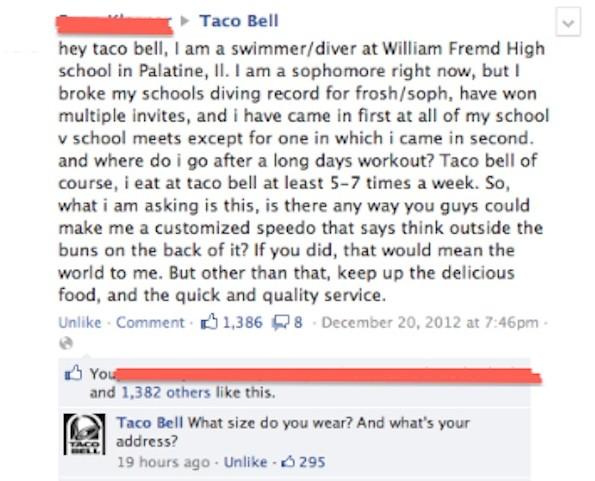 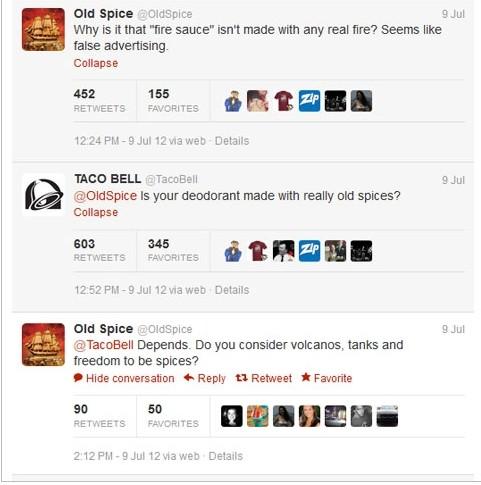 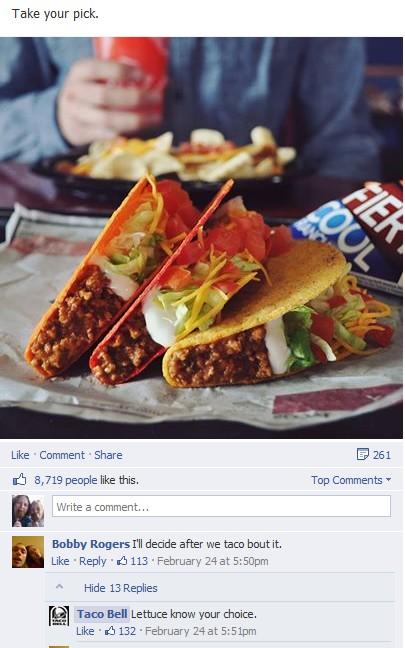 Surely you were expecting this one. No matter how many fast ads are run on Twitter, funny replies are posted on Reddit and Facebook, nothing can beat what WestJet did last Christmas. The best part? They were hoping to get 200,000 views of the video on YouTube to donate flights for a needy family – they were at 12 million within two days, and now have over 35 million.