A Pantheon of Designers: 5 Changed the Face of Business and Art

First off, let me just say that I am very excited to be working here with the crew at Red Sage Communications, Inc. I moved to the Decatur area from Dothan, Alabama, and I really love the close-knit community Decatur offers. Everyone has been very welcoming and helpful.

Being a designer myself, I have a vast appreciation for logo, web, and my personal favorite, illustration design. As a consumer, we’ve been exposed to media chocked full of carefully branded logos and deliberated colors. Yet, do we know the faces behind these brilliant designs? Do we know how their work changed the world? Let me introduce you some of the founders of what design has become today.

This woman is my hero, and I absolutely had to list her on here. You may not have known it growing up, but she was the illustrator for all your favorite classic Disney movies such as Alice in Wonderland, Peter Pan, Fantasia, and Cinderella. Some of her commercial work consisted of concept work for Meadow Gold Ice Cream, Hanes, and Little Golden Books. This woman has personally influenced me as a designer and illustrator.

“You get an education in school and in college. And then you start to work, and that’s when you learn!” – Mary Blair

Paul Rand is responsible for some of the most iconic and memorable logos such as IBM, ABC, Esquire Magazine, UPS, and Yale University Press. My personal favorite is his logo for Helbros Watch Company from 1943.

I like to refer to Mr. Thorgeson as the “Rock God of Design,” and with a name like Storm why shouldn’t he be? Storm is best known for his work with dozens of rock artists such as Led Zeppelin, Black Sabbath, and Pink Floyd. He founded the graphic art group Hipgnosis in 1968, and over the years, they’ve designed several famous single and album covers. His most famous album cover was created for Pink Floyd’s Dark Side of the Moon

“People pay me for my thoughts and my dreams. I think in that sense I’m very fortunate.” – Storm Thorgeson

(What an awesome quote.)

I really believe the art of typography is under appreciated. I’ve created one typeface and it was one of the most time consuming projects I’ve ever done. So, my hat is off to you Mr. Lubalin. His work includes designing ITC Lubalin Graph, ITC Serif Gothic Roman, and the infamous ITC Avant Garde Gothic (I’m a fan of this one).

Bass is a jack of all trades in the design world. He dabbled in both print design and movie animation. You may be familiar with his work if you’ve ever flown United or Continental, supported the Girl Scouts, watched title sequences from Psycho, or remember the original movie poster of The Shining (I’m actually reading this book right now; It’s really good).

Who will be the next great designer to join our pantheon? I like to think that they’ll be a passionate individual that sparks a fire of creativity in others. Who knows, they might be here at Red Sage already. 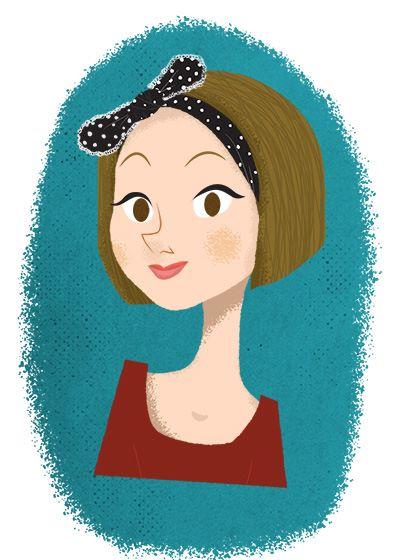 Note: That’s me before glasses (1 month ago).