Want to be more engaging on social media? Embrace your personality.

so·cial [soh-shuhl]
adjective
1. pertaining to, devoted to, or characterized by friendly companionship or relations: a social club.
2. seeking or enjoying the companionship of others; friendly; sociable; gregarious.
3. of, pertaining to, connected with, or suited to polite or fashionable society: a social event.
4. living or disposed to live in companionship with others or in a community, rather than in isolation: People are social beings.
5. of or pertaining to human society, especially as a body divided into classes according to status: social rank.

Given the very definition of the word “social,” it should be no surprise that social media is more about interacting with one another than about marketing. From its inception, social media has been a group of tools to be used to converse with one another. That conversation is not simply a brand providing information and people doing nothing with it, but rather, a brand meeting its clients where they hang out, and actually talking with them.

This does not just refer to the social media platform, either. It means brands provide the type of content people want to interact with – and then continue to respond once people start interacting with them. While we would love to say that our posts promoting our blog are our most popular posts, we would be lying. We might even like to say that posts about our recent work are very popular, but we would still be lying.

Since the start of 2014, our most popular posts have had almost NOTHING to do with our business (as it pertains to building websites, creating graphic design pieces, and marketing) – and everything to do with our employees.

Our top post? Dragon Lady and Heather presenting Habitat for Humanity with a check for $1,000 for winning the Red Sage Gives Back contest. 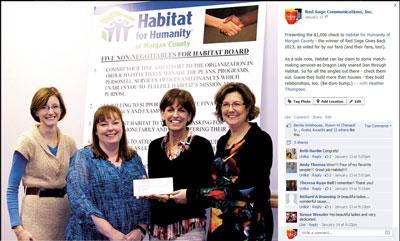 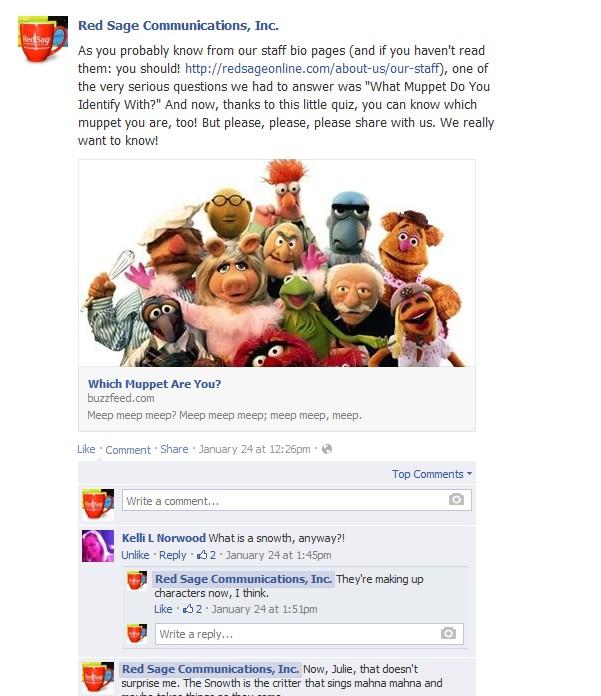 And just so you don’t think these three happen to be a fluke, number four was a photo of Ellen with her feet on the conference room table and number five was a photo album of our pets.

What makes these posts so much more popular than those about the blogs we have slaved over?

While we have always tried to embrace our wacky personalities around here, it is with great pleasure that I announce more brands are doing the same – and having phenomenal success!

I could talk about what a great job Oreo did during the 2013 Super Bowl, or how creative Taco Bell is, and both of those would be great examples of brands embracing their personalities and having fun. But I would rather talk about a National Park.

Banff National Park in Alberta, Canada, uses a squirrel as its online mascot on Twitter, which is the first step in not taking oneself too seriously. And yet, the Squirrel does not stop there. While he certainly Tweets about activities in the park, weather, and more, no topic is off limits. These from the day of the Men’s Olympic hockey game between the United States and Canada absolutely made my day: 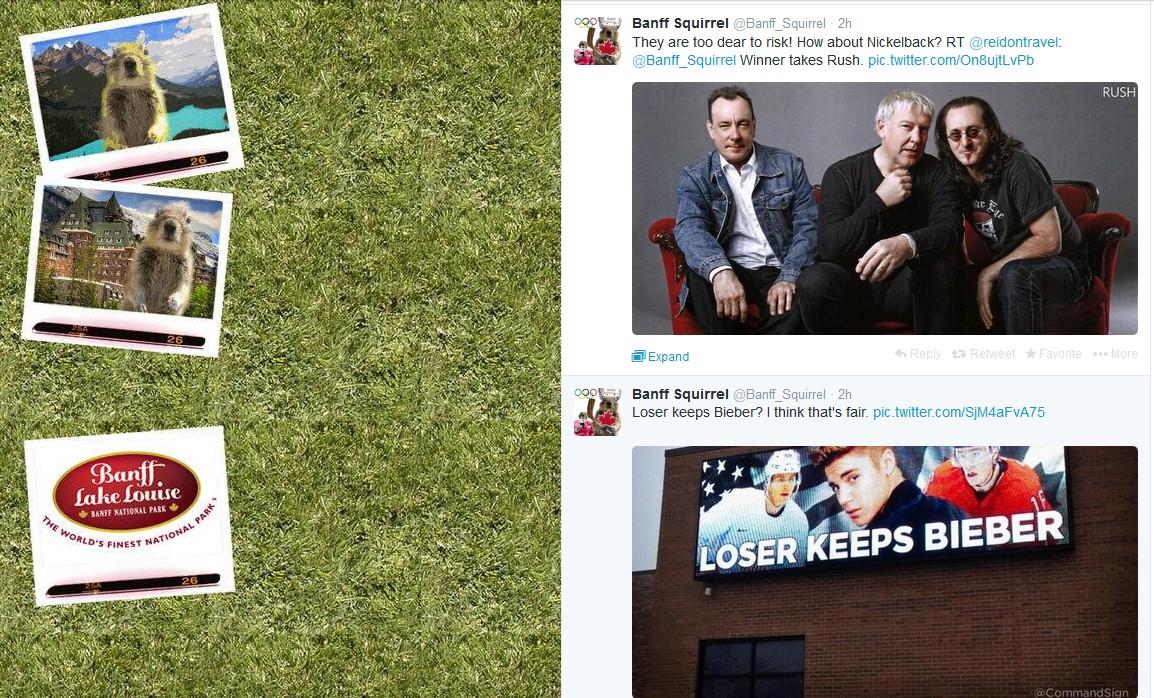 The Squirrel posted the photo of the billboard “Loser Keeps Bieber” and said “I think that’s fair.”
A gentleman named Robert Reid replied with a different photo and said, “Winner takes Rush.”
The Squirrel then responded, “They’re too dear to risk!” and countered with “How about Nickelback?”

The Banff Squirrel is nearing in on almost 16,000 fans – and for me, it is easy to see how he’s doing it: using his personality.